Walking down Bourke Street in Melbourne’s CBD I had to do a double take when I walked by a store that claimed to serve nitrogen gelato that didn’t appear to be N2. I was surprised to see the presence of nitrogen gelato spots in Melbourne suddenly double before my eyes!

On the surface, The Lab looked to me like a hastily put together rip-off of N2, trying to get in on the sudden trendiness of nitrogen gelato. The Lab featured the same concept as N2, the same science lab set up, staff wearing white lab coats and protective eye wear, and a display of empty glass beakers. The Lab featured the same black walls and uninviting, slightly awkward seating area (though in defence of The Lab, at least they actually had tables and chairs, albeit a limited number of them and there was no AstroTurf in sight.) They were also a little more technologically adoptive with their menu displayed on screens above the counter, but the menu phrasing ’1 scoop = $6, 1 serve = yumminess’ sounded all too familiar. The first time I saw this place I walked past with my nose in the air thinking ‘Ha! Imposter! You are no N2!’ But the second time I walked past a week later I thought, ‘Well until I’ve tried it myself, who am I to judge!?’ It’s only fair. 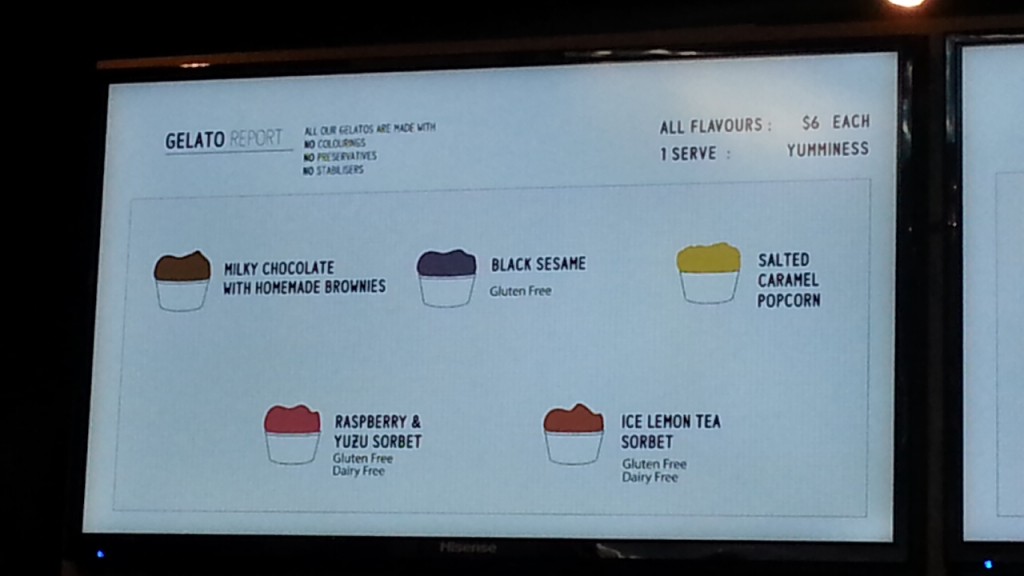 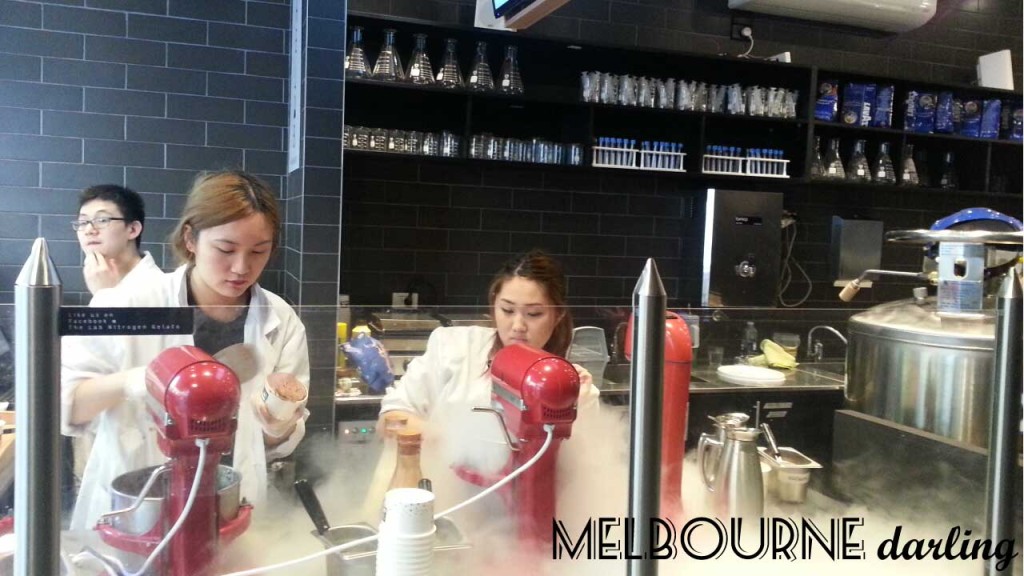 The menu offering was not as exciting as N2. On my visit the flavours on offer included ‘Milky chocolate with homemade brownies, Black Sesame, Salted Caramel Popcorn, Raspberry and Yuzu Sorbet and Ice Lemon Tea Sorbet’. I went with the Salted Caramel Popcorn. There were a handful of people inside the store, staff were friendly and the wait time was not long at all. The ice-cream was presented well, with popcorn dotted on top of the ice-cream and finished off with a swirl of caramel sauce. The taste test was where the Lab could have really made me ‘eat my words’ with my snooty comparisons of it to N2, but unfortunately for The Lab, I stood corrected. The ice-cream had a wonderfully smooth consistency but it lacked flavour and tasted horribly artificial. The cute looking toppings also didn’t help when it came down to the ‘crunch’. The caramel sauce was sickly sweet and overly runny and the popcorn tasted stale and nasty. I felt sympathetic for the guy who ordered before me, as while waiting for our order, he turned to me and said ‘I keep hearing about how good nitrogen ice-cream is, so decided I just had to try it!’ But after I tasted The Lab’s contribution to nitrogen gelato in Melbourne I felt like running back to find that man and reassure him, ‘it’s not all like this, I swear!’ 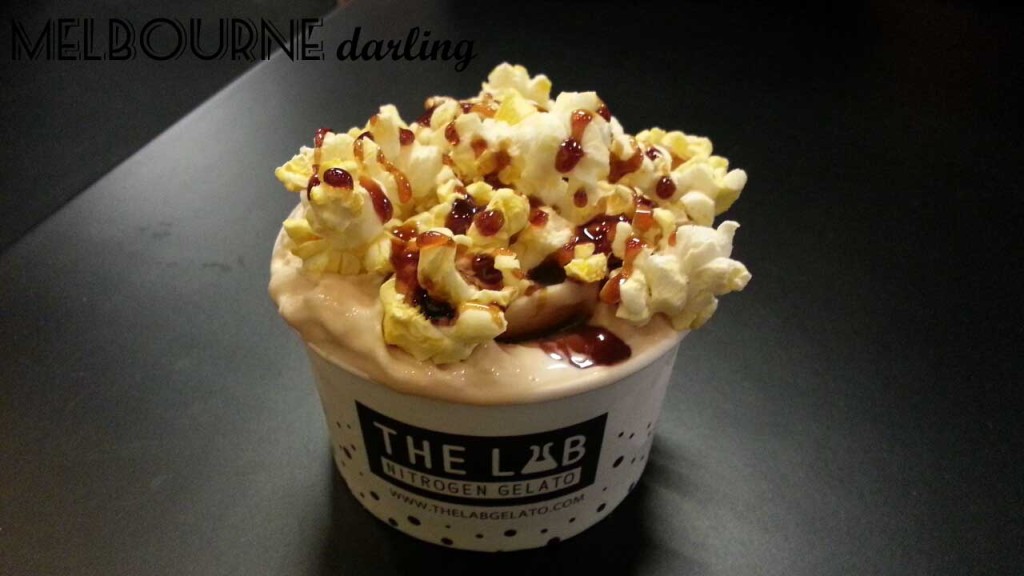 I don’t mean to be too harsh, it’s not the worst ice-cream I’ve ever tasted and if you were like that gentleman in line before me who was new to the concept of nitrogen gelato, you would still find it exciting and intriguing to watch your ice-cream being prepared and suddenly appear out of a cloud of smoke. But just as N2 would not survive long term based solely on the novelty factor of nitrogen gelato, (the difference is their exotic and mostly amazingly delicious flavour combinations like their outstanding Crème Brûlée) once the novelty appeal disappears, The Lab’s ice-cream just does not cut it for me.

However, The Lab’s convenient city location is an advantage and if their menu changes weekly, hopefully they start to serve some more enticing flavours. I’d give it another try in a few months, as I think that would be the true test to see whether they are just trying to cash in on the sudden hype over nitrogen gelato or if they are actually serious about serving good quality ice-cream.